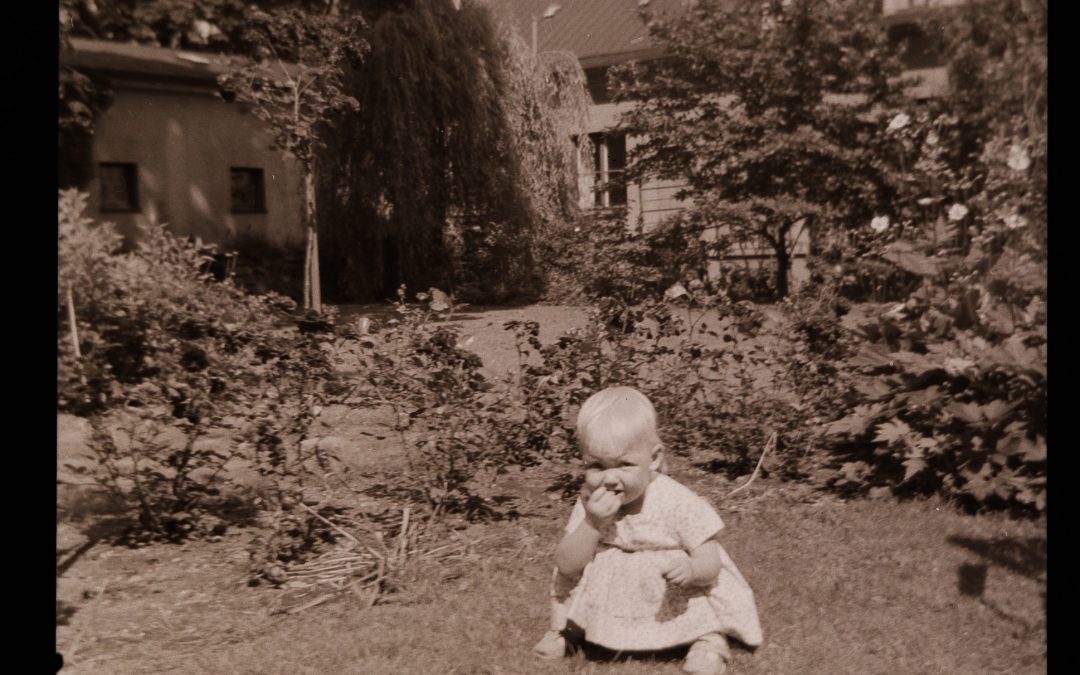 I’ve been meaning to building a medium format scanner for a while now. I had a dodgily cobbled together one that was difficult to use, and because things didn’t quite line up, the backlighting was quite uneven. I woke up with the solution just the other day, went to my local hardware store to pick up the few things (60, I think) that I’d need. Here’s what I bought, enough to build a ~290 mm x ~290 mm scanner (which has a useable area, depending on your lens (I’ll get to that later), big enough for a 4″ x 5″ negative (but probably an 8″ x 10″, too):

The tools I used:

Using the tablesaw, cut the plywood sheets into squares as big as you can/want/need. You need 3 at the very least, depending on a few things. I ended up using 5, but I will, down the track, replace one of them with a larger piece of chopping-board without a plywood frame.

Drill a 10mm hole in each corner of the squares. Exactly where you choose in the corner doesn’t matter too much, but make sure you’re consistent. I used a 90° angle clamped to my drill-press to act as a jig.

Measure roughly the distance between edge and centre of the drill-hole and double it and draw a square here, to cut out with the jigsaw. Drill corner holes and cut in a straight-ish line between them.

Place your flash in roughly the right spot on one of the square boards and trace around it with a pencil. Cut this section out, leaving a gap so you can get to the underside of the flash and pop the flash off to easily adjust settings and the like. Glue and screw a small piece of plywood the right distance from the centre of the board. Drill a 6mm hole in it, and mount the remote flash shoe here with a 5/16″ screw cut to the right length.

Mark the centre of another square board and mark the distance from the centre of the lens to underside of camera. Cut a hole large enough for the lens to easily fit through. With some off-cuts of ply glue and clamp a decent chunk of them together to give the camera a strong platform to be screwed to. Once the glue has dried, drill a hole in a suitable location and attach to board lining it up with the base-of-camera line. (I’ve just noticed my camera isn’t quite square…will have to fix that).

Cut a hole a bit smaller than the size of your chopping board/diffuser for the and screw the diffuser to it. My next step will to find a chopping board large enough to not need a wooden frame around it.

There’s going to be a lot of turning of nuts coming up. If you have a soft wheel you can attach to a drill, this will make life a lot easier. See my method here: https://www.instagram.com/p/CDXoiYVjuhv/

Now it’s just a matter of assembling the tower.

Drive the screws onto the threaded bar to the right level, and use a spirit-level (or measuring tape) to make sure each level is…er….level.

From the bottom up it goes:

The reason you might want a second empty square, is if you’re doing a lot of 4″ x 5″ negatives, and a lot of 6 cm x 7 cm negatives, you can have them at the right distance from the camera to maximise how much of the negative there is in the frame.

You’re done! Clamp the negative between the sheets of glass and snap a photo. It will need cropping and inverting, but there are hundreds of ways of skinning that cat, so to the Google Machine for that. 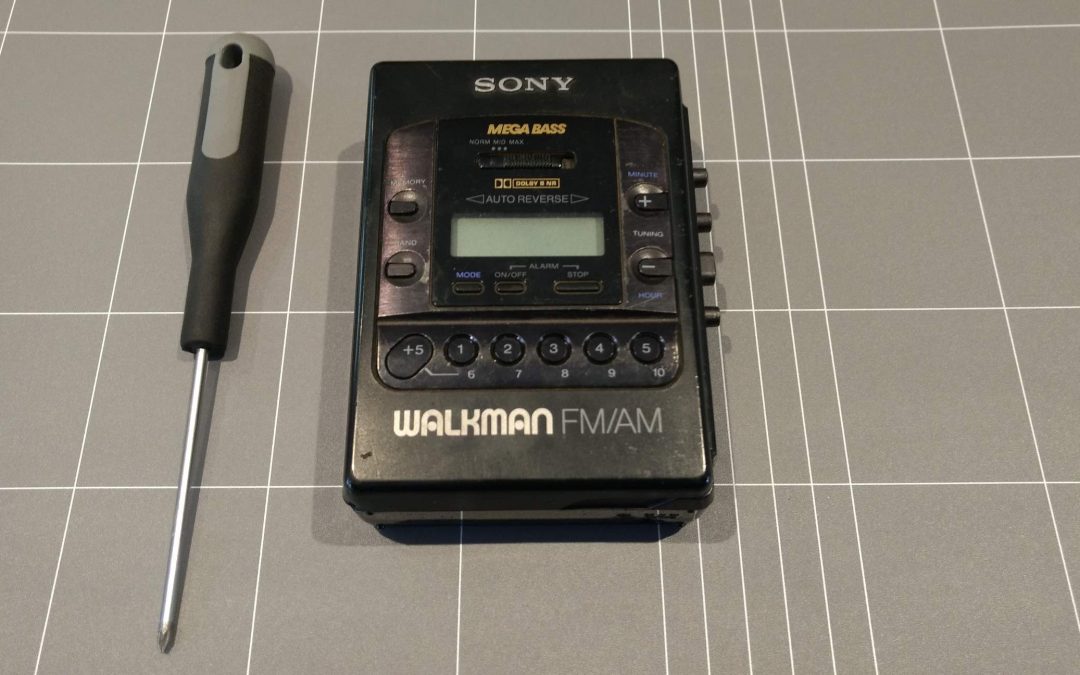 I like new stuff. I think most people do. But I also adore old stuff. Stuff that maybe doesn’t work as well as it should, but has the potential to be great again.

Our farm sold recently, which meant that the stuff I had stored there had to go…somewhere. Nearly everything went into a skip – I hadn’t seen it for 20+ years, and hadn’t missed it, so figured it was best to just dump everything without looking at it. Some boxes, though, triggered memories, and I figured it was a good idea to have a peek inside.

One of the things I found was my Walkman. It didn’t work. But it made most of the right noises, so I figured it couldn’t be too broken. Armed with a small #000 Phillips head driver, I opened it up to have a look. It was surprisingly easy to pull apart. Four screws, and the back came off without any plastic tabs to accidentally break off.

Inside was the drive-belt. Stretched and broken.

I had a look on ebay, and quickly found a supplier of new drive belts for the Walkman, and for under $10, one was on its way to me from Slovenia.

It arrived a couple of weeks later, and now I have a fully functional Walkman again.