Throw everything into a blender: 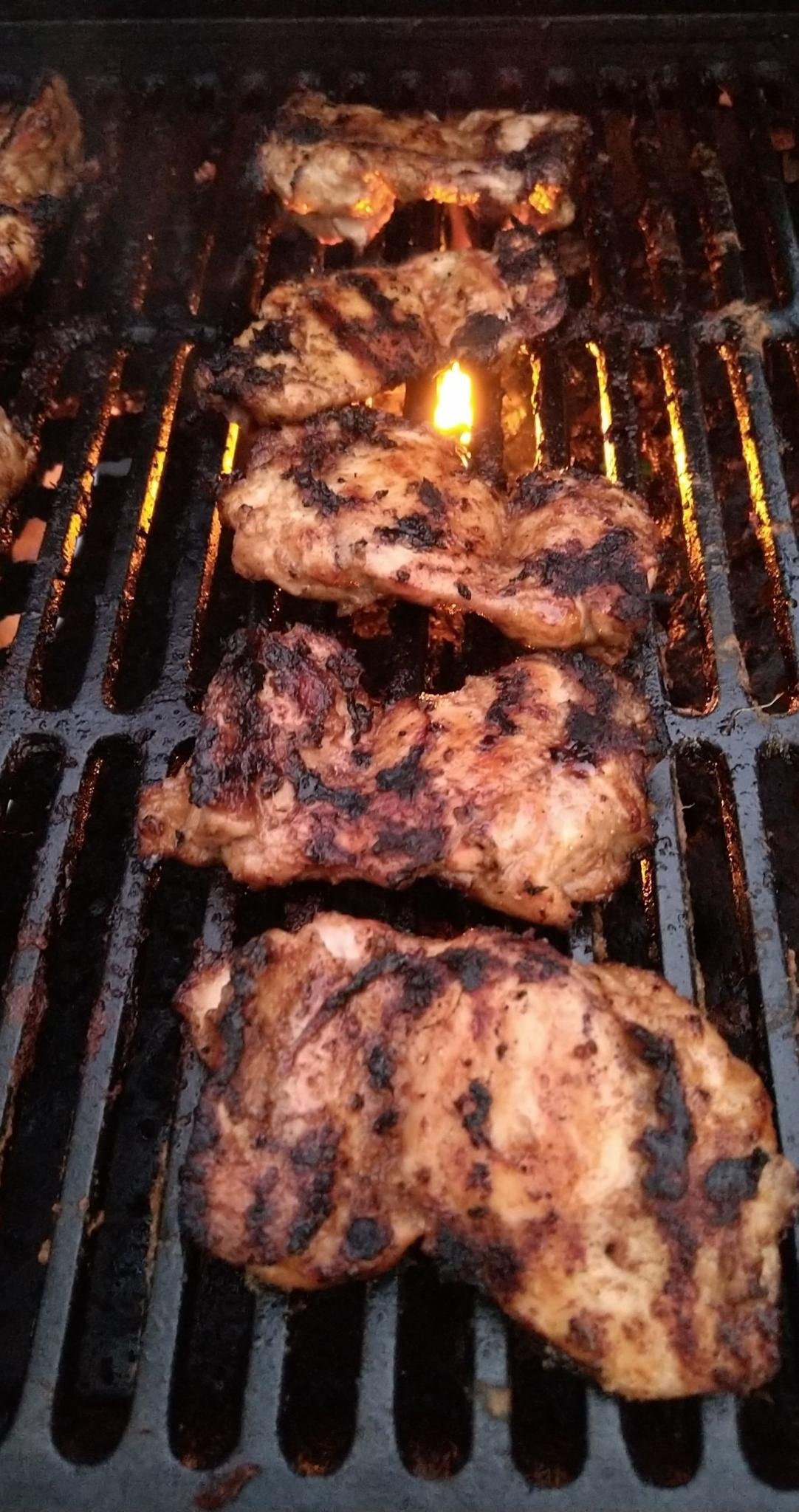 Half a peeled brown onion
A 2.5 x 2.5 x 2.5 (ish!) cm cube of peeled ginger
2 cloves of garlic
2 tsp of sugar (probably optional)
2-3 tbsp of fish sauce and soy sauce
1 tbsp of chinese five-spice mix
1 birds eye chilli or similar
Some oil, and a cup or so of water

I also put some Kecap Manis in, but that’s probably not right. Not that this is authentic anyway.

Marinate a kilo (or so) of chicken thighs for as long as you can. About an hour is enough, but longer will probably be better.

Cook on the open flame part of the BBQ until cooked (75°C is the safe temperature for chicken, apparently).