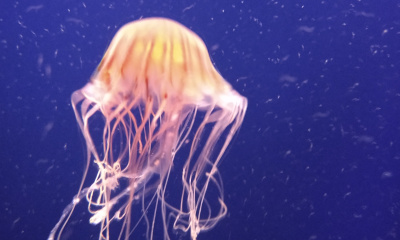 When I was last in Europe music wasn’t everywhere – especially not “my” music. We didn’t have a stereo in the Volvo 940 we were driving around Europe. I didn’t have an iPod. Spotify didn’t exist, nor did the ubiquitous internet that’s required for a streaming service. I have an incredibly vivid memory of being in Spain, and finding a bar one afternoon that was playing Smashing Pumpkins. I’d not heard “my” music for many weeks and it struck incredibly deeply.

I wonder if there will be things that lodge themselves in my brain the same way as that afternoon did on this trip. And I wonder if my kids will have the same experience of unearthing something they’ve been missing by absolute chance. 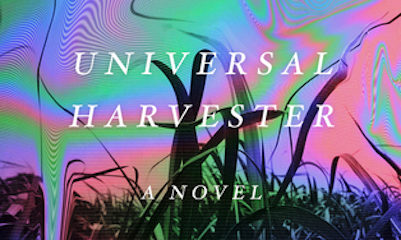 I’m half a dozen chapters in, and so far it’s dark. Bleak, even. I don’t often read scary books, but this is triggering some very deep fear responses from me, in a similar way to the animal masks in on of the seasons of the Danish/Swedish TV series Broen/Bron/The Bridge. Creepy AF.

Let’s see how it goes! 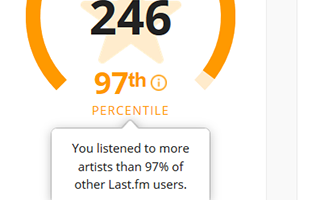 Five great songs by artists I don’t really like

I found this draft sitting around several days ago, and I thought “that’s a good idea!”. Just like I did when I first started the draft, which I have no recollection of. It’d be fun to write something snarky about lucky hits amongst rubbish song-writing.

I had This Love by Maroon 5 in the list. Building Steam with a Grain of Salt by DJ Shadow. This Train Will Be Taking No More Passengers by Augie March. Some track by Phoenix.

So there were only four tracks in my Top 5. It was a draft. I’ll forgive myself.

Those bands all have some other great songs.

Journey have good songs other than Don’t Stop Believin’.

A-ha have many songs better than Take on Me.

Chumbawamba, it turns out, is some anarchist group of…well…anarchists who have a bunch of punk songs. (Their first album was released on Crass Records!)

So, I guess, what I hadn’t done before, was give those bands enough time to appreciate the time, effort, and dedication that they had put in to every song. Which is probably a good lesson for everything in life. Don’t dismiss too quickly. Don’t assume something is bad. Pay attention. Listen. Look. 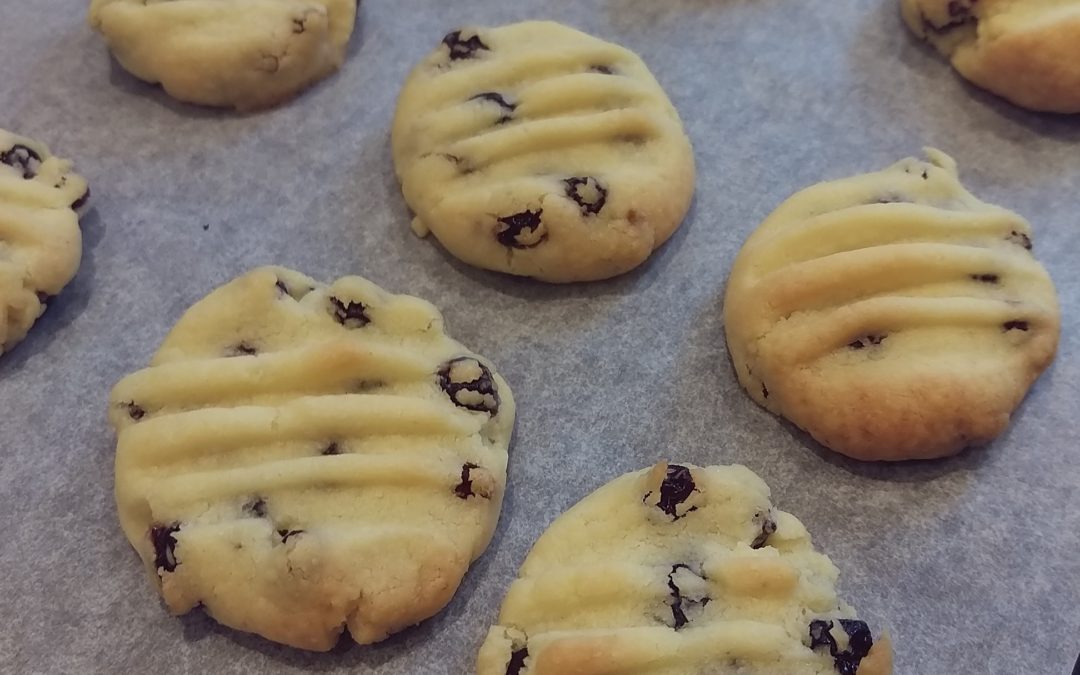 Cream the butter and sugar until fluffy, add the vanilla extract/essence/paste then add the flour (depending on how it all comes together, you might need a bit more flour).

Divide the dough into two equal sized portions. Add cocoa to one of the halves.

Divide each half in half, so you have four equal sized portions. Roll these into sausages/snakes and arrange them so they’re in a checker-board pattern (from the side).

Press it together gently into a square-ish shape and refrigerate for a while until they’re easy to slice into 3-4mm thick slices.

As an alternative, after adding the cocoa to half the mixture, roll each colour into equal sized square sheets and layer them on top of one-another. Roll up, refrigerate, slice, and bake. 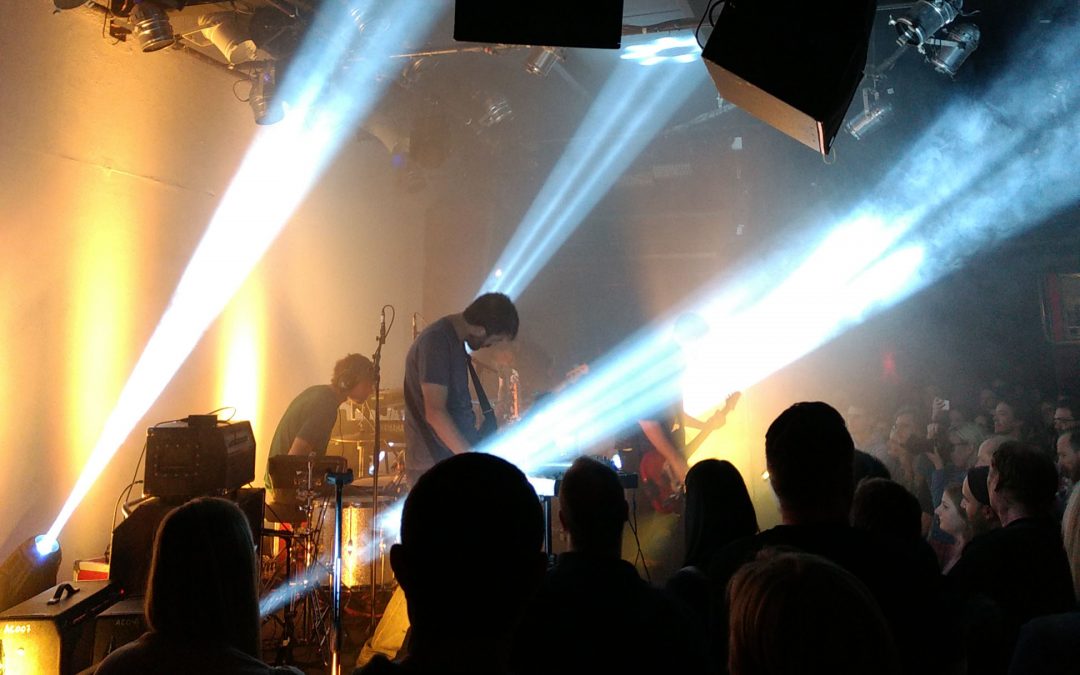 I can’t remember exactly when it was, but probably about 15 years ago, I went to see a band called Because of Ghosts perform. They were a post-rock outfit from Melbourne. At the time I had no idea what post-rock was, and I’m still not entirely sure. I know I like bands that refer themselves as post-rock. A quick Wikipedia search shows that post-rock is music played with instruments that are generally found in rock, but producing music that doesn’t sound much like contemporary rock.

The music is generally based around entire albums/records rather than individual songs, with strong themes running through the album tracks.

In more recent times, I’ve started listening to more of these bands, actively seeking them out, and one of my favourites is pg.lost. I’ve embedded one of their albums. Have a listen. This one really deserves to be listened to in its entirety from start to finish.

Bruce Springsteen cancelled a show today in North Carolina. He did to protest against the “bathroom laws” that have recently been passed there. There is a lot of commentary available on the subject already, so I won’t go into it too far other than to say that it is a ridiculous regression in human rights.

Thinking back to my travels (again) through Europe, one thing about Belgium has stayed with me – unisex toilets. You walk in, in the front you have basins, then cubicles and last you have the urinals. There is no question about gender at all. Obviously what is happening in North Carolina is bigger than unisex toilets, it’s an attack on human rights, but it would certainly remove some of the arguments that the bigots are using.

When I saw Springsteen’s name in the headlines, I started to think about his music and his incredible 1982 album Nebraska. It was recorded in a single night on a four-track in his bedroom, in a temporary studio set up by Mike Batlan.

The tracks were going to be used as demos for a new album together with the E Street Band, but after they spent time with it in the studio, they realised that the demos were better. They cleaned up the recordings and a few months later released Nebraska. There is talk about “Electric Nebraska” being in an archive somewhere, but as far as I know nothing has surfaced yet, and recordings tend to be quite buoyant.

The album is mainly about crooks, criminals, and murderers. Highway Patrolman is a little different because its protagonist is on the other side of the law.

Highway Patrolman is about Joe, a farmer, and his brother Franky who was in the Army.  Joe walked off his farm in the late 1960s when wheat prices plummeted in the US. He became a highway patrolman, and his brother Franky came back from Vietnam. Franky was always trouble, and Joe as the local policeman, tried to keep him in line. Joe firmly believed that you don’t turn your back on your family.

Joe gets a call from a roadhouse saying that Frank has killed someone and is fleeing towards Canada. Joe chases him down, but when he gets close to the Canadian border he pulls over and lets Frank go – obviously a crime in itself.

Listen to the track, consider that it was recorded in the early 80s on a simple four-track in Springsteen’s bedroom. A couple of guys, a guitar, a voice and a heaping helping of incredible talent – not a team of writers, producers, autotuners and whatever else they use to produce music these days.

I’ve done a little searching and it seems as though the places, roads and songs in the lyrics are all made up. Artistic licence is forgiven, but I do like visiting song places. Like the time I went to Serviceton…

If you decide to look up the video-clip for this song, it’s taken from the film Indian Summer and kinda stinks. The movie was based on the song, quite loosely, and the initial scene from the clip sets the mood in the polar opposite of what I want. I’ve therefore linked to just the song.